News and Media Literacy for CSOs 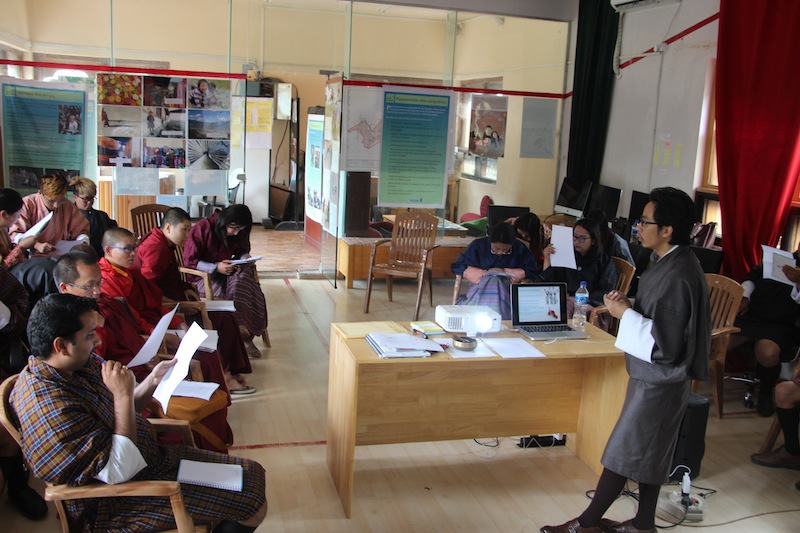 In the wake of increasing incidents of online confrontations, misinformation, fake news, and disinformation, Bhutan Centre for Media and Democracy (BCMD) is stepping up its efforts to expand its News and Media Literacy workshop. On June 29-30 BCMD conducted another workshop at its Media Lab for 24 communications officers and other members of civil society organisations (CSOs). This time participants also included nuns, a monk, and a member of CBO from Zhemgang, Khenrig Namsum Cooperative. Of the total 24 participants, 12 were women while two were from LGBTQ community.

Increasing number of people including the members of civil society, teachers, nuns, and monks found News and Media Literacy workshop relevant and felt the need for more such workshops across the country. Participants from the workshop shared their views as shared below as testimonials.

“Most of us here thought that we knew about media but after coming here we realised that many of us weren’t clear about so many things, it really helped us reinforce our understanding and knowledge of media,” one of the participants.

“Had students from the bully video been to one of the media literacy, they would not have posted the clip online,” Thinley Wangdi, chairman of Khenrig Namsum Cooperative, from Zhemgang said.

Thinley Wangdi said that News and Media Literacy should be taken to the rural pockets where there is greater need since misleading information, fake news, and disinformation are creating lots of panic among the rural folks. “An old couple lost an entire field of maize because they kept going to their neighbours for sleepover fearing Khegpas (Headhunters). Even after telling the couple repeatedly that the rumour not true, they were too scared to listen to anyone,” Thinley Wangdi said.

“The News and Media Literacy is important to educate people about news and information. More such training should be conducted,” a participant from GNHC said.

“I will definitely educate my family members on media literacy because I think it’s important that they judge critically whatever information they consume,” Yeshey Wangmo from BNEW said.