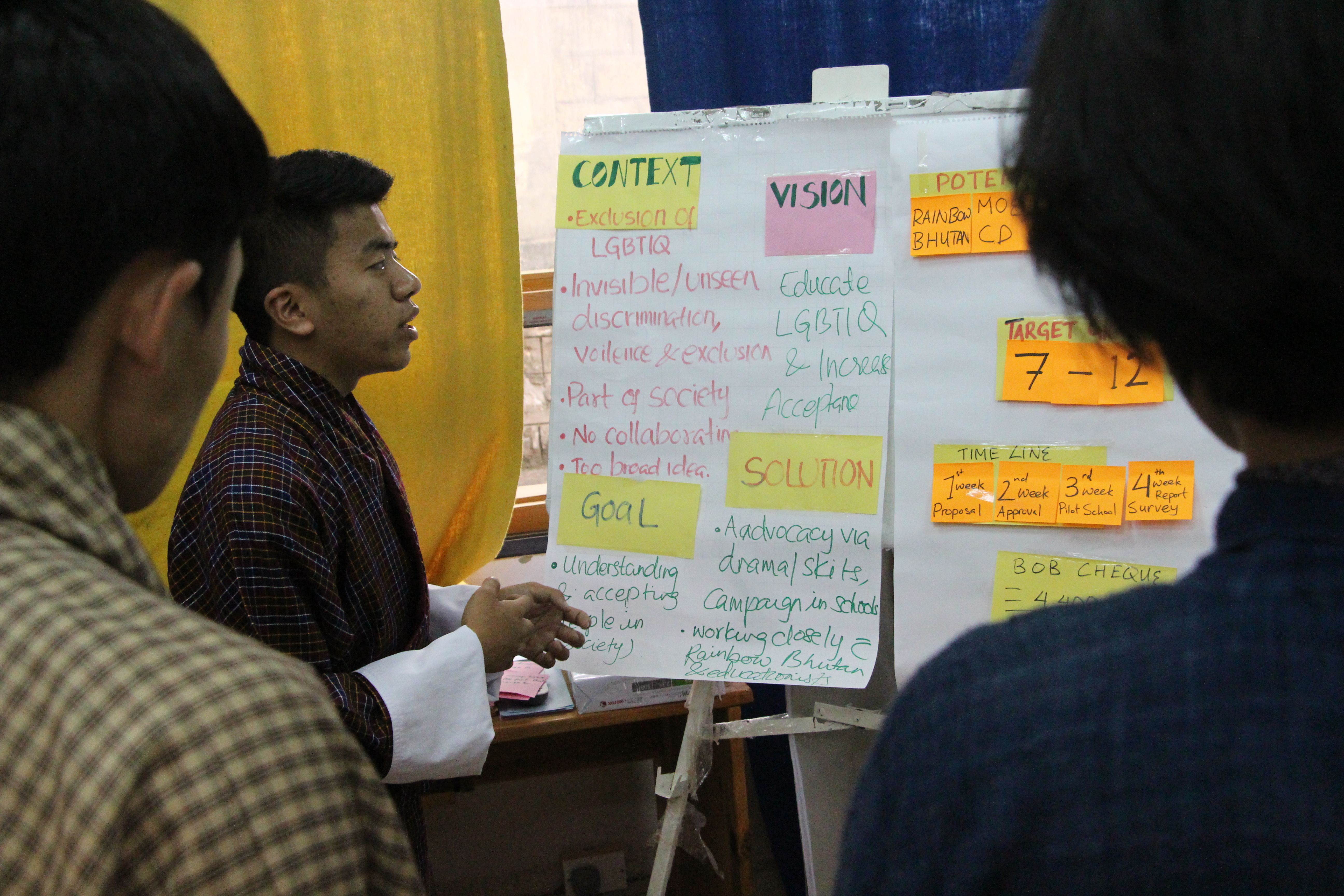 Twelve YI participants with demonstrated leadership potential and interest underwent facilitation training to co-facilitate the Youth Summit expected to be attended by over 100 youths from around Bhutan.

In the interest of collaboration, two youths from the Youth Centre in Paro were also trained in facilitation skills so that they could carry out a step-down activity at their centre. At the Youth Summit, the peer facilitators took charge of a groups of high school students and facilitated their activities and sessions aimed at enabling participants to become more active citizens.

In so doing they were successful in creating an empowering and open space which engaged their heads, hearts, and hands. “I tried to be fair during the involvement/discussions by letting the less spoken, speak up and gave more attention to those who were quiet and silent,” said Sonam Pelmo, a college graduate from Thimphu.

It was a demanding responsibility, and more importantly, it enabled the young facilitators to learn one of the most important skills of democracy — that of listening, giving voice and being inclusive. This has been made possible with support from CISU.